There was nothing so heart-felt than witnessing this Santa Monica proposal by the pier.

Stefani is the first person I’ve ever witnessed to not only fall in love fast and hard, but also get that glow and look 10 years younger while doing so. Not fair but good for her.

Working late nights at the bar together, we would talk. Any question I would ask her about Stephen, was responded with just a big massive smile that could engulf her whole body. It was like witnessing that 8th grade love. Feelings so big, words don’t exist and nothing makes sense but either writing or saying their name over and over. #vibe

If anyone needed to enter LaLaland though, it was Stefani. Witnessing her open bars with our company through the years, she was strong and hardworking, but also restless. She needed to chill. She needed to drink more and pour less. I truly believe finding love was the cure.

Stephen. You sweet angel. Thank you for reaching out to me on Facebook messenger and getting me in on this “couple’s shoot” that turned into a proposal.

The cue to set-up the shot with the proposer and face of oblivion was “Hey, you think we can go swimming?” We set the scene by posing Stefani, eyes closed, towards the water, for an “artistic shot” and it worked. So here’s my version of a scene out of Love is Blind.

I also can’t help but to include Stephen’s story of how they became them:

It was Fall 2002, and it was my Junior year at Courtland High School, in Fredericksburg , VA and I had recently transferred from another high school due to re-zoning. I was walking across a mezzanine to my US History class when I noticed Stefani, walking with her friends. She was wearing her blue and white Courtland Cheerleading outfit, and I just remember how it felt like everything had stopped around me. I even felt my face go flush as I walked by and made eye contact with her. There is a scene in the Tim Burton film “Big Fish” just like this.

Life happened. Stefani ended up moving to Los Angeles to pursue acting and I was production assisting in New York.

Flash forward to 16 years after seeing Stefani in her blue and white cheerleading outfit, she was walking across the street in a beautiful blue dress for a mutual friends wedding. I had instant Deja Vu, and that same odd feeling came back. “Oh good, my date is here,” she said, as I turned to see Stefani walking up. Butterflies overwhelmed me and from then on, we were attached to the hip for the rest of the day.

Despite living cross-county from each other, we continued to stay in touch via FaceTime and phone. It didn’t take long for us to begin visiting each other until we made it official. Eight months later, I moved into her West Hollywood apt, and the rest is history. 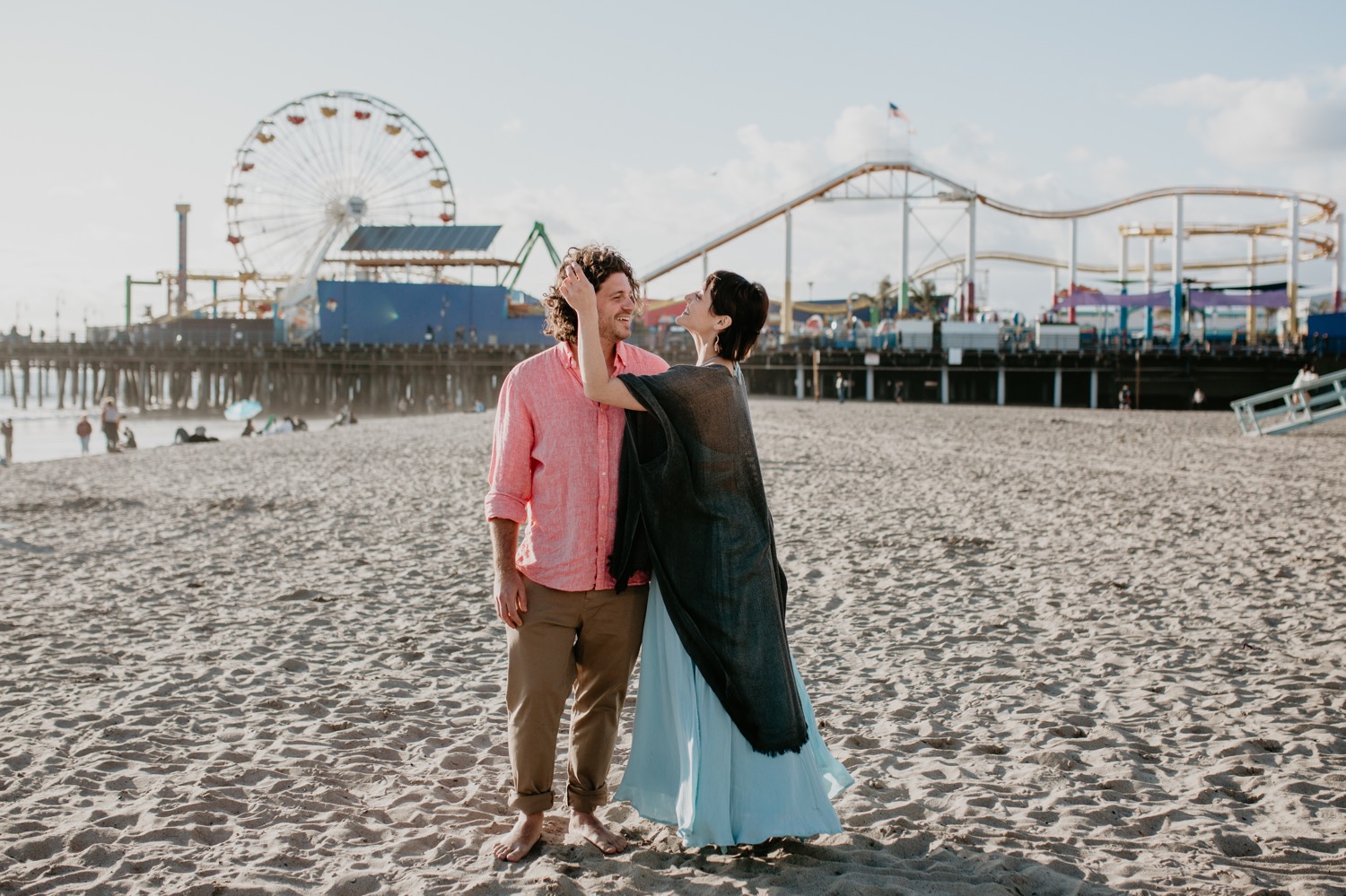 Check out another proposal I shot here!