Sunset Cliffs is known as one of the best proposal spots in Southern California because of its beautiful rock formations and breathtaking views. (For close alternatives in Southern CA, you can check out Point Dume or El Matador in Malibu). It’s easy to get to, as it’s like pulling up and parking to look at a viewpoint and you don’t need a permit. (Can I get an amen)?

Past college athletes, these two met while attending college in Rochester, Michigan. Paige is an intensive care nurse and Matt is a student doctor of physical therapy. A strong connection was made through their common interest of healthcare and after he accidentally spilled some red wine on her.

Matt wanted to celebrate completion of his grad school program (but also pop the question to Paige), so he planned this vacation (pre- COVID). Traveling from Grand Rapids. Michigan, it also was their first time visiting California, which just added another element to the planning for the both of us.

Although the cliffs are easy to find, it stretches across the coast for half a mile, so I scouted a few weeks prior to capture videos of potential spots, set pins, and show parking. Everything was done to make sure proposal day ran as seamlessly as possible for two out-of-towners and one oblivious woman.

Two ways to shoot a proposal

Option A is by surprising your girlfriend (or boyfriend) with a couple’s shoot, then within the shoot- you drop to one knee. View an example of this method being used here. It’s is my personal preference because I don’t have to fret about the lighting situation and I also won’t miss my cue.

Option B is keeping the whole thing a surprise, which we did for Paige (because Matt knew she would catch on). This can add difficulty to the situation because it entails me hiding behind bushes, talking to random people and pretending to be on the phone. So basically, I turn into a spy.

In the end though, the plan worked! I didn’t trip over the side of a cliff, but most importantly, SHE SAID YES!! 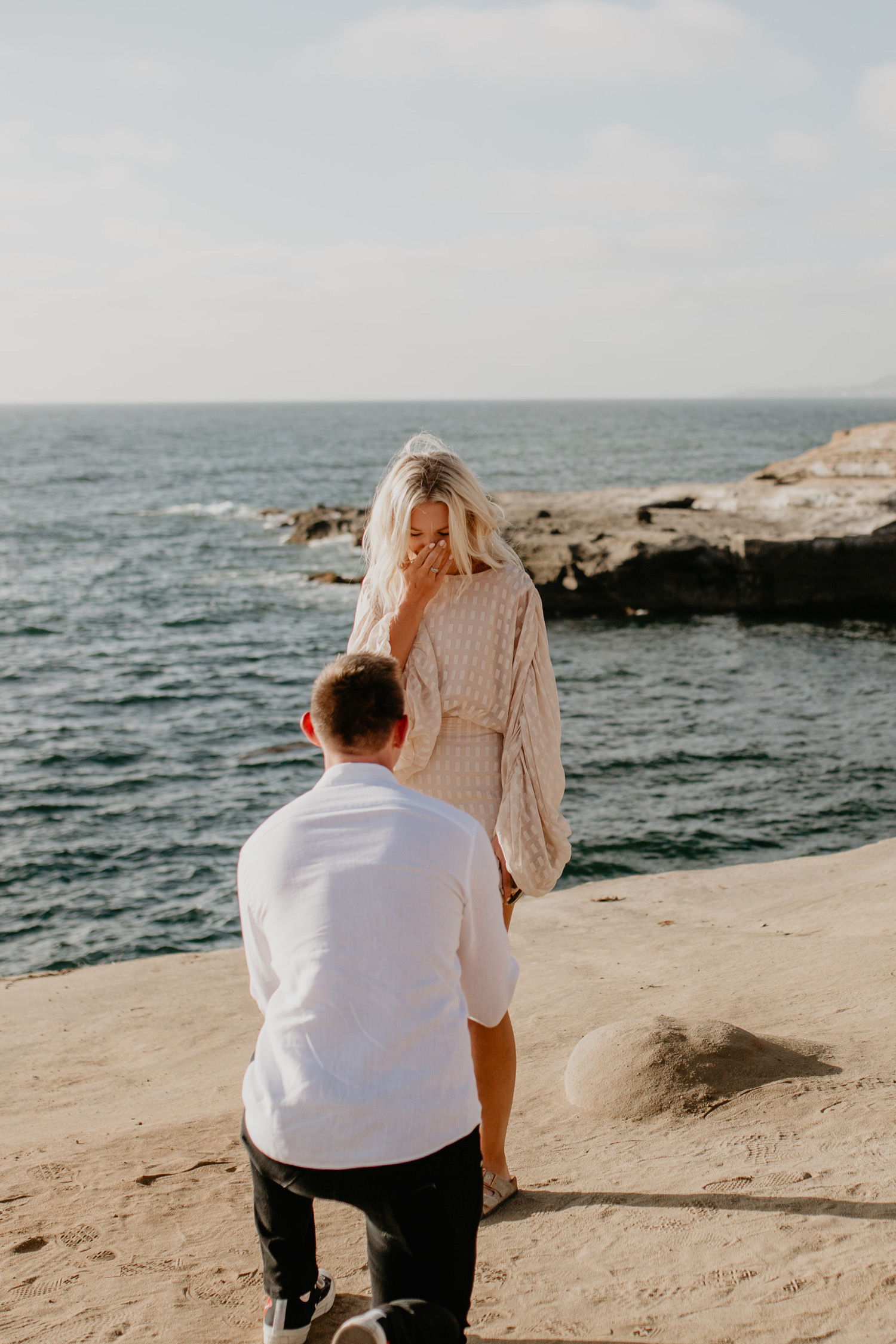 Check out another Sunset Cliffs proposal here (because I KNOW you want to).

If you’re in the process of planning your own proposal, let’s talk! I would not only love to help but also document such an important milestone in your relationship.